Home > blog > ONE FROM NONE

the minimal aesthetic in art

Japanese traditional design and architecture has highly influenced the minimal aesthetic and philosophy in western art and culture.

Bashó (Matsuo Munefusa 1644-1694).The name Bashó (banana tree) is a sobriquet the poet adopted around 1681 after moving into a hut with a banana tree alongside. He was called Kinsaku in childhood and Matsuo Munefusa in his later days. Bashó's father was a low-ranking samurai from the Iga Province. To be a samurai, Bashó served the local lordTodo Yoshitada (Sengin). Since Yoshitada was fond of writing haikai, Bashó began writing poetry under the name Sobo, later changing to Bashó. During the years, Bashó traveled through Japan, especially the northern regions. There, he wrote Oku No Hosomichi (1694). He is considered the "Shakespeare" of Japanese poetry.

"Emerging from the traditions of minimalist art, contemporary artists often use the elements of one medium to narrate a story, and use three dimensional objects to create ‘an aura of calm beauty’ in space.

By using one element in their work of art, artists are often ‘pushing the boundaries’ of art practice by using materials or media that defy tradition or common perception.

This exhibition brings together diverse artists whose use of a singular media such as steel, light bulbs or natural detritus as a material metaphor and where actual space becomes more powerful than depicted space. Featuring works by Jonathan Jones, Dani Marti, Hossein Valamanesh, Hillary Mais and the steel floor installation by seminal minimalist artist Carl Andre, SumΣ16, exhibited for the first time since its unveiling in 1978."
-Sarah Johnson Curator ONE FROM NONE 2014 Newcastle Regional Gallery

I am very thrilled to be showing amongst Carl Andre, Jonathan Jones, Dani Marti,
Hossein Valamanesh and Hillary Mais! Examples of these artists work below (not necessarily in this exhibition) 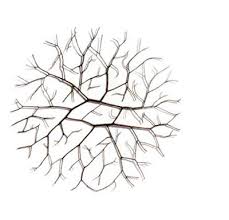 you may also want to check out :

The rest of your blog in this fields