on sunday 29 sept a strange creature was documented hitch-hiking a ride on a beautiful wooden ketch
luckily once on board 'she' was welcomed by the skipper David Nash and his crew and didn't have to stow away or cling to the keel but was allowed to move about the vessel as 'she' pleased..

plastiniaria had an awesome harbour cruise collecting more marine debris along the way!! 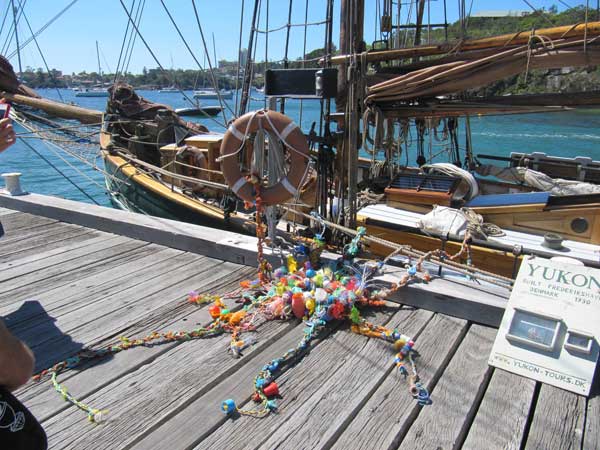 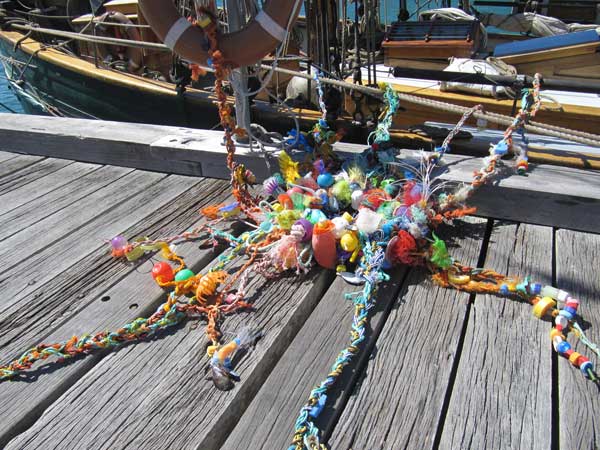 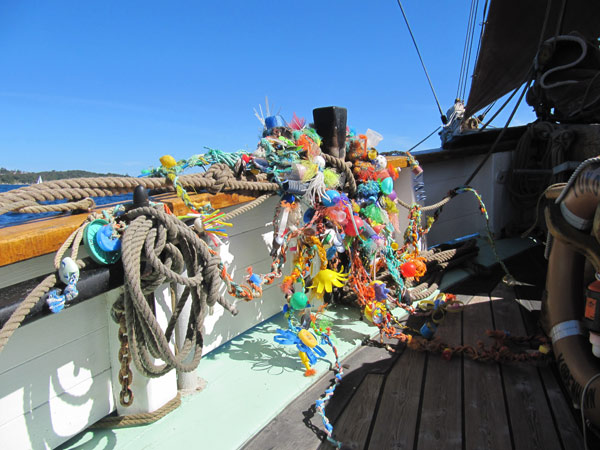 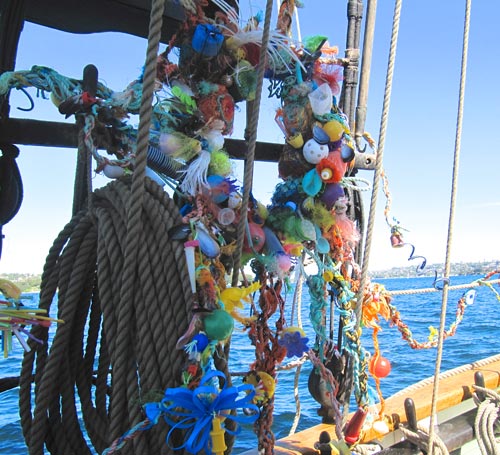 up into the rigging 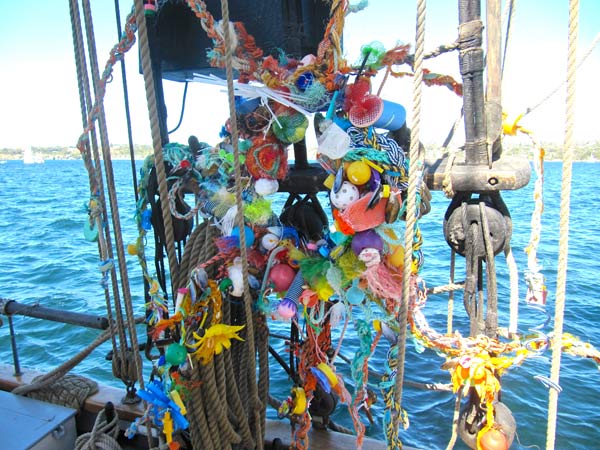 and got a little stuck

what plastiniaria saw that day 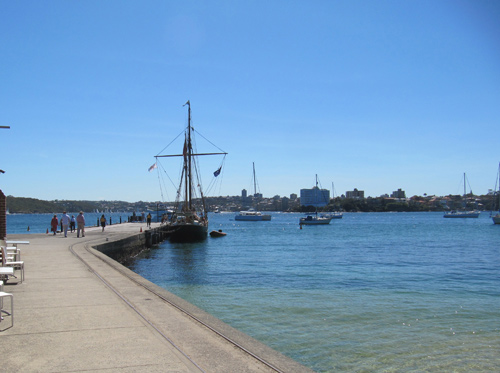 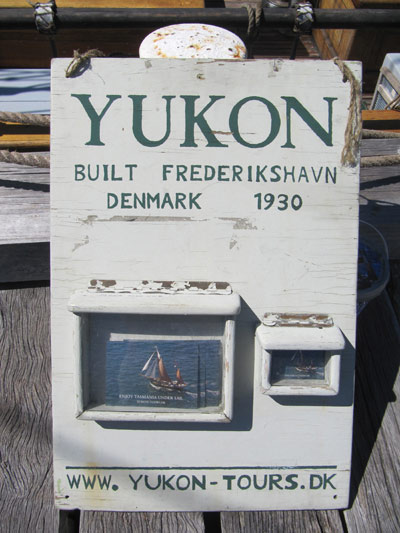 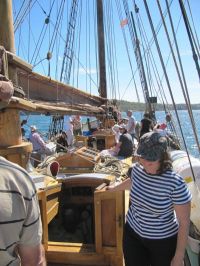 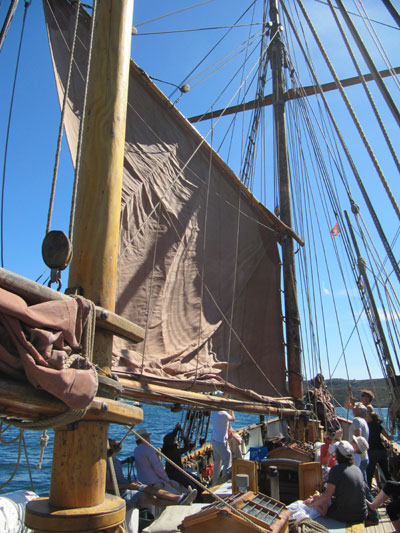 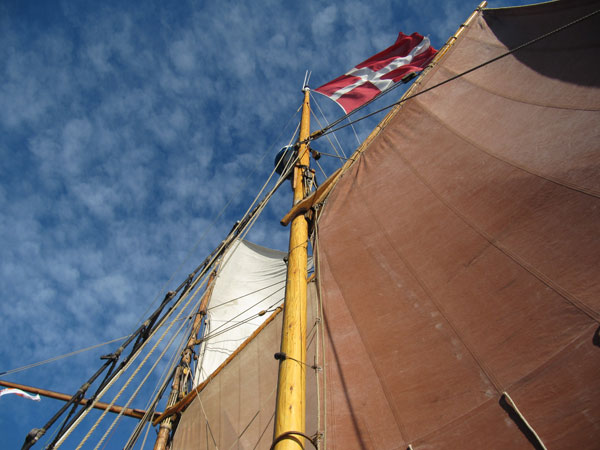 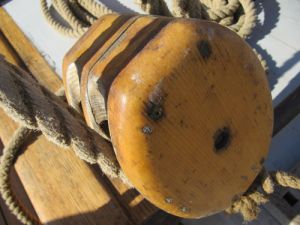 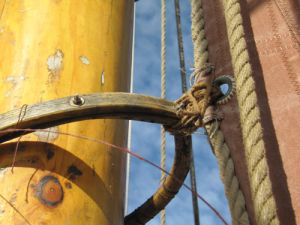 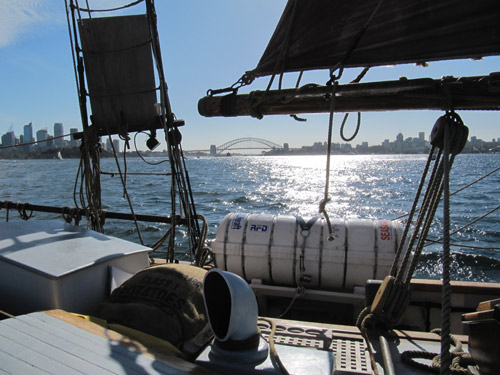 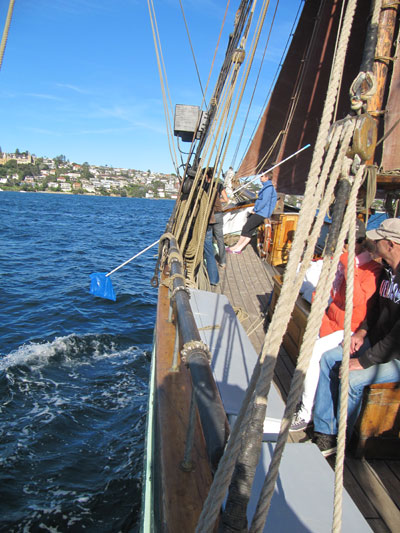 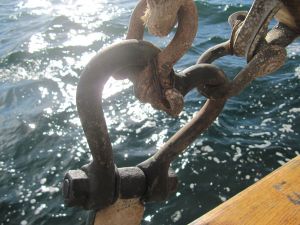